Babies are counting on an accurate Census 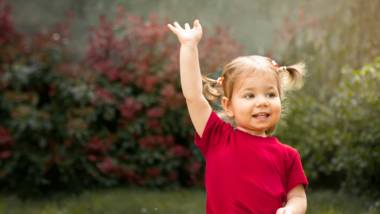 Editor’s note: Mollyrose Schaffner is a Policy Analyst with ZERO to THREE. The following blog post is crossposted with permission.

The Decennial Census occurs once every ten years and babies count on us to get it right.

Overlooking and undercounting young children has serious consequences. The population most likely to be missed in the Census is the same group of children most likely to live in poverty, experience homelessness, and live in stress. These babies can’t afford to be missed.

The State of Babies Yearbook tells us that the littlest among us face big challenges, and that the policies and programs in their state can make a difference in their ability to reach their full potential. With roughly 300 federal programs using Census data to allocate more than $675 billion each year, inaccurate Census data could result in a decade or more of inadequate funding for key programs serving babies and their families across the nation. Many of the programs and services that have been proven to be effective in helping families meet their basic needs in terms of good health, strong families, and positive early learning experiences are funded based on Census data. These include Head Start and Early Head Start, the Special Supplemental Nutrition Program for Women, Infants, and Children (WIC), and the Child Care and Development Block Grant (CCDBG). An accurate count of the youngest members of our nation will ensure they have the support needed to thrive.

Every ten years, the Census Bureau aims to count everyone living in the United States once, only once, and in the right place. Unfortunately, it’s not as simple as it sounds, especially for certain populations, and young children in particular. Many people don’t even realize their babies should be counted. Unlike other age groups, for whom the count has improved over time, the count of young children has only grown increasingly inaccurate. For example, in 2010, about 2.2 million children under 5 were missed, amounting to about 10 percent of the total population in that age group. Another major undercount would be detrimental for family and child well-being. The consequences of similar missteps could include overcrowded classrooms, scarcer child care slots, fewer children served by vital special education services, and fewer young children with health care.

Ironically enough, many of the programs that look to the Census to determine funding, are designed to support the same people who are most likely to be undercounted. Not only are young children the most vulnerable to an undercount, but the group of children most likely to be missed are children of color and those living in low-income and immigrant families. This past Census undercounted Black children under 5 at a rate of 6.3 percent and Hispanic children at a staggering rate of 7.5 percent – more than double that of non-Hispanic white children. While the Census Bureau and advocates have been working diligently to ensure that history is not repeated in the upcoming Census, it is estimated that nearly 25 percent of children under 5 live in hard-to-count areas, perpetuating the difficulty of obtaining an accurate count. If we fail to count the children facing the greatest obstacles, we essentially mark them and their needs as irrelevant. It is time to shift our focus to the population most vulnerable to an undercount in 2020 – infants and toddlers. By ensuring an accurate count in 2020, we can ensure proper funding for crucial supports that help families give their babies what they need to thrive. You can make a difference by talking with families about the importance of an accurate count in the upcoming Census, starting with the fact that babies – including newborns – should be counted! Our country’s future – and each future leader, doctor, teacher, parent, caregiver, and scientist – is counting on an accurate Census in 2020.