Editor’s note:  The Virginia Housing Alliance, partnering with CHN, released a fact sheet about the impact of the coronavirus pandemic on their state and how President Biden’s American Rescue Plan would help. The following story aired Tuesday, February 23 on Virginia Public News Service. 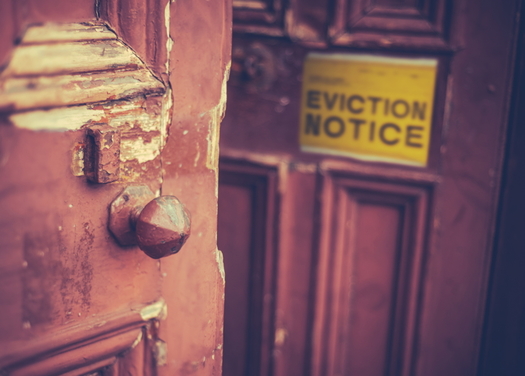 Research shows most Americans support the #AmericanRescuePlan. A vote is expected on Friday.

By Diane Bernard
RICHMOND, Va. — With the economy stalling and millions of Americans still out of work because of the pandemic, Virginia housing advocates are urging Congress to quickly pass President Joe Biden’s $1.9 trillion stimulus package to bring relief to families being pushed into poverty.

The American Rescue Plan would expand unemployment benefits to September, provide $1,400 stimulus checks to most Americans, and provide billions for emergency rental and utility assistance.

Brian Koziol, executive director for the Virginia Housing Alliance, said even before the pandemic, Richmond had the second highest eviction rate in the country, with four other Virginia cities in the top ten.

He argued it’s crucial to pass the stimulus package before evictions and poverty get out of control.

“Quite honestly, we just simply cannot face an eviction crisis, and the resulting massive homelessness that would come out of that,” Koziol contended. “Our system capacity is not there, and we just have to keep people stably housed.”

Republican leaders opposing the package say it’s far too expensive and its unemployment assistance would influence people not to work.

Research shows most Americans support the bill. A vote is expected on Friday.

Deborah Weinstein, executive director for the Coalition on Human Needs, said the bill also is critically important for Virginia renters because it would extend the moratorium on evictions until September.

She noted it also would provide $5 billion to help folks pay utilities.

“We see that people are unable to pay their heating bills and their electric bills, their water bills,” Weinstein observed. “We have to prevent those households from losing their utilities from shutoffs.”

She added the Rescue Plan would expand the Earned Income Tax Credit and increase nutrition assistance.

Food insecurity has risen sharply in the Commonwealth during the pandemic.

More than 467,000 residents, or 8.5% of adults in Virginia, said their households did not have enough to eat in the previous week, according to U.S. Census data.