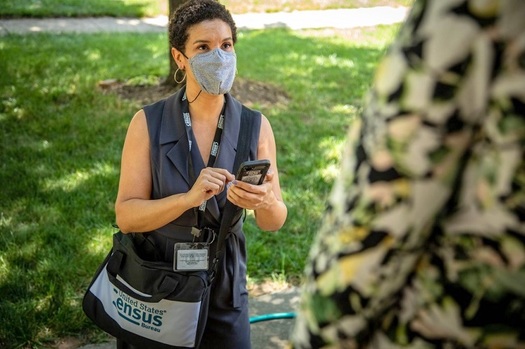 By Mark Richardson
TUCSON, Ariz. — An undercount in the 2020 Census could cost Arizona thousands of jobs, billions of dollars for social programs, and even a seat in Congress. And there’s concern that the Trump administration’s order to end the census count a month early could do just that.

Experts said not getting an accurate count would hurt many of the state’s most vulnerable residents. But two out of five Arizonans have not completed their census forms yet, one of the lowest rates in the country.

Deborah Weinstein, executive director of the Coalition on Human Needs, said it’s critical for census workers to do in-person follow-ups.

“It takes time to reach people in rural areas,” said Weinstein. “Children, people of color, immigrants and low-income people are more likely to be missed. And of course, everything is harder during the pandemic.”

A bipartisan group of senators, including Arizona Democrat Kirsten Sinema, sent a letter to congressional leaders this week, asking that an extension for the census be part of any pandemic stimulus bill. However, talks over a new relief program remain stalled.

Among the names missing from that letter was Sen. Martha McSally, R-Ariz. While her office declined to comment on her position on extending the census, voting records show she consistently supports President Donald Trump on major issues.

“Arizona is about to lose millions of dollars each year over the next decade,” said Weinstein, “if Senator McSally does not take the lead to get the Senate to extend the deadline for the 2020 Census.”

Weinstein added the census is an important tool to determine how money is distributed for programs like Medicaid, Children’s Health Insurance, education support and foster care. And for every Arizonan not counted, those programs lose nearly $900 a year.

“It’s hard not to see this as a means of undermining the census,” said Weinstein, “because the administration doesn’t really want to count all these groups that are especially easy to miss.”

She encouraged Arizonans to complete their census forms. She warned the state could lose a U.S. House seat through reapportionment if its population count is too low.