Editor’s note: The following story aired on Colorado Public News Service on Friday, March 5. You can view a CHN-produced fact sheet about Colorado and COVID-19 here. 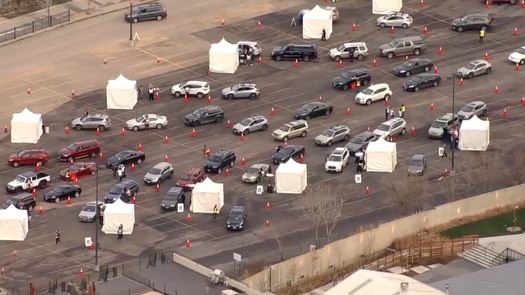 The American Rescue Plan cleared the U.S. House and is now before the Senate.

Fifty-four percent of Coloradans with children have reported lost earnings in the pandemic, and one in five said they haven’t always been able to afford food.

“All families, including immigrants, deserve a chance to be safe, healthy and to have the economic means to thrive,” Perez-Carrillo asserted. “We’re hoping that Congress acts now, and we call on lawmakers to pass this vital piece of legislation to support our nation’s families.”

If Biden’s plan clears the Senate, people with qualifying incomes would get one-time, $1,400 payments; food, rent and utility assistance programs would be increased; and unemployment benefits would extend beyond March 14.

The plan is projected to reduce child poverty in Colorado by 42%.

Opponents said the $1.9 trillion proposal is too costly, and claimed it includes items unrelated to the virus.

Deborah Weinstein, executive director of the Coalition on Human Needs, said the rescue plan would send help where it is most needed: to children and families, people who lost jobs, rural areas, communities of color and people with disabilities.

She added the nation faces hardship not seen since the Great Depression, and believes the plan matches the pandemic’s economic impact.

“If the federal government does not step in with the right scope of help, millions of us will be pushed out of the middle class and into prolonged hardship,” Weinstein contended.

The American Rescue Plan also includes $160 billion to speed up vaccine distribution, a move economists say will speed up economic recovery by reining in the virus, which has so far killed over a half-million Americans.