Coronavirus and our incarcerated: ‘I don’t have a lot of faith they’re going to do the right thing’

Editor’s note: Voices for Human Needs is examining the effects of coronavirus on low-income and other vulnerable populations. This post is one in a continuing series.

When we consider where coronavirus most likely might incubate, certain venues come to mind: cruise ships. Nursing homes. Locker rooms and big sports arenas. Airport security and boarding lines. Schools and day care centers. Even restaurants and bars, which is why so many across the U.S. have been shuttered.

Health officials warn that jails, prisons, and other types of detention centers must be added to this list – and if we fail to take the necessary precautions, not only will it place those incarcerated at inhumane and unconstitutional risk – it will also endanger our families and communities, overwhelm our hospitals and make it even more difficult to “flatten the curve” of the spreading coronavirus. 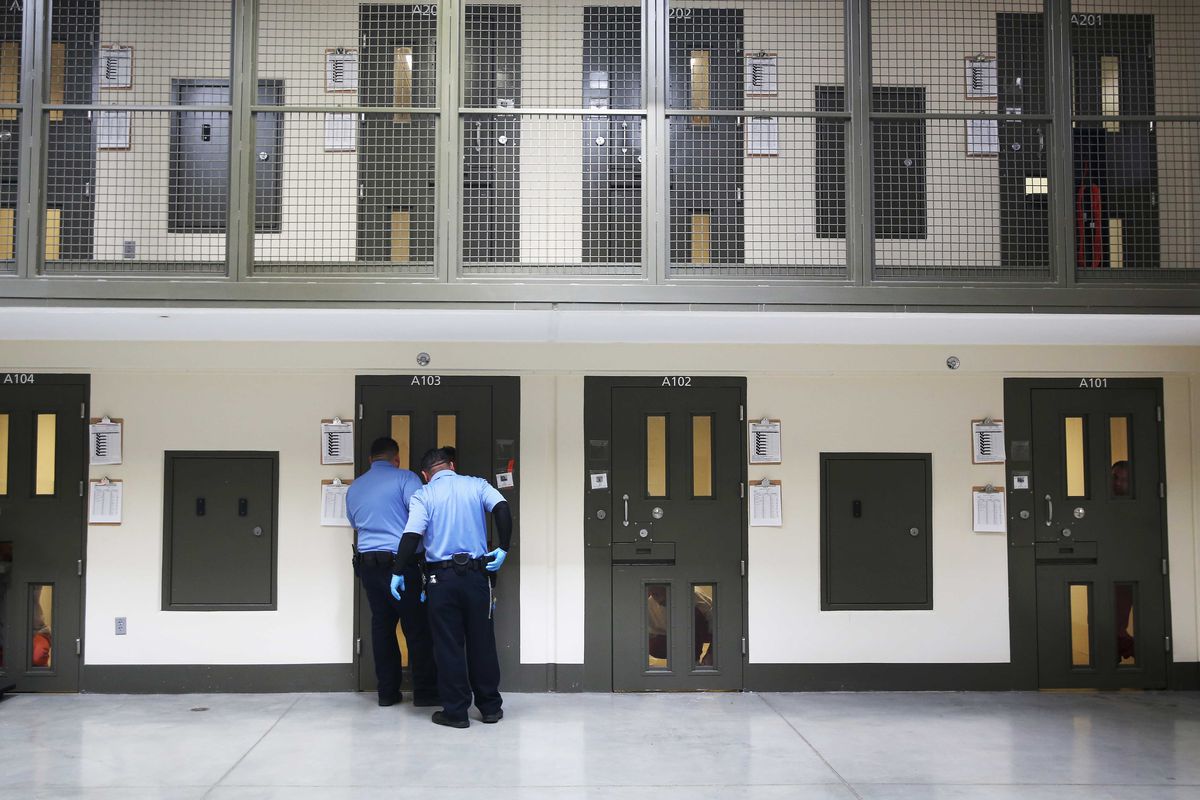 First, let us look at the numbers.

Vox and the New York Times each report that on an average day, nearly 2.3 million Americans are incarcerated – in jails, in prisons, in other types of confinement. That’s more than any other country in the world – we incarcerate at twice the rate of Russia, more than five times that of China, more than six times Canada and France, nearly nine times Germany and almost 17 times Japan.

Every county in the U.S. has a jail or prison within its boundaries. And even states that don’t incarcerate as much – relatively speaking – outdo our foreign counterparts. For example, Massachusetts, which locks up fewer of its residents per capita than any other state in the U.S., still has an incarceration rate that is more than double that of England and Wales and nearly triple that of South Korea.

For a number of reasons, jails and prisons offer fertile grounds for coronavirus to spread. Many hand sanitizers are unavailable because they contain alcohol, a banned substance. Many facilities lack adequate soap and paper towels for effective hand-washing. People who are incarcerated may be packed together in tiny cells or, even more ominously for the spread of the virus, in crowded dormitories. Little “social distancing” is possible.

Although we have yet to see reported a large, systemic outbreak in any jail or prison, individual cases of coronavirus are popping up all over the country, both among incarcerated people and prison staff.

“I’m incredibly worried,” Warren Bertram, a communications strategist for the Prison Policy Initiative, told Vox. “It really is a matter of time before a prison or jail starts to suffer serious consequences of having a lot of people packed together, supervised by people that view them as a serious threat rather than a population to be cared for….I don’t have a lot of faith that they’re going to do the right thing.”

Prison advocates take note of the fact that at least in some jails and prisons – who knows how many – not even the basic necessities for fighting coronavirus are being provided.

“If you spend even just a couple of minutes in any jail or prison area, you would quickly find that many of the sinks there for hand-washing don’t work, or that there are no paper towels or no soap,’ Homer Venters, former Chief Medical Officer for New York City Correctional Health Services, told the Brennan Center. “In other words, hand-washing, the most basic tool that incarcerated people have, won’t be consistently available. Jail and prison administrators should be thinking right now about how they can put more infection control measures into place very quickly.”

In Arizona, National Public Radio affiliate KJZZ reported that adequate steps to control an outbreak inside the state’s Department of Corrections are not being taken, despite the prison system’s claims. A prison employee – unnamed to protect his job – said unsanitary conditions threatened the health of staff and inmates. “A lot of units have issues just getting soap and paper towels stocked in the restrooms,” the prison employee told KJZZ.

Another problem: people view prisons as impregnable fortresses – no one and nothing comes in; no one and nothing goes out. But that is far from the truth – people come in and out every day, and so do whatever germs they might be carrying.

“Jails experience a daily influx of correctional staff, vendors, health care workers, educators and visitors – all of whom carry viral conditions back to their homes and communities and return the next day packing the germs from back home,” notes the New York Times. “How will we prevent incarcerated people and those who work in these institutions from becoming ill and spreading the virus?”

And what happens if – and when – the virus does spread? In Texas, where state prison units have been awarded to rural areas throughout the state as a form of legislative largesse (think economic development!) a sick prison population could easily overwhelm the capacity of a rural hospital.

Medical experts Scott Allen and Josiah Rich and Mavis Nimoh, a prisoners’ rights advocate, recently examined this issue in an op-ed for the Washington Post.

“The abrupt onset of severe covid-19 infections among incarcerated individuals will require mass transfers to local hospitals for intensive medical and ventilator care – highly expensive interventions that may soon be in very short supply,” the three experts wrote. “Each severely ill patient coming from corrections who occupies an ICU bed will mean others may die for inability to obtain care.”

In other words – Italy.

So what can we do? In addition to protecting staff, making visiting areas safe, and providing basic things like soap, paper towels and hand sanitizer, one thing we could do is release as many of the incarcerated as possible. Populations eligible for release or furlough might include people already eligible for parole, people incarcerated for nonviolent offenses, and elderly people. Remember, due to Draconian sentencing guidelines put in place as far back as the 1980s and 1990s, we now have a prison population that is rapidly aging – and studies show that recidivism rates among elderly inmates released from prison are extremely low, meaning their release essentially poses no threat to the public.

It is this latter population that concerns Jose Saldana. A former prisoner who now leads the organization “Release Aging People in Prison,” he believes some of the most vulnerable people should be sent home now, before they get sick.

“It’s probably going to be deadly for some of the elderly people that I left behind,” he told National Public Radio. “Let’s look at it realistically, for what it is. To keep such men in prison, to die – knowing they’re going to die! – is just pure revenge. It’s not justice.”

I was incarcerated. These are the consequences of prison predatory phone rates.