Miguel has tried twice to get the COVID-19 vaccination. So far, he’s 0 for 2.

As an undocumented construction worker living in crowded conditions outside of Miami, Miguel is a prime example of someone who needs the COVID-19 vaccination – as well as representative of a population public health officials acutely want to see vaccinated.

But like millions of people living in the U.S., Miguel lacks state-issued identification. And Florida officials, caught in the political crosshairs earlier this year when “vaccine tourists” were flying into the state from countries such as Argentina, Canada, and Mexico to get vaccinated even before Florida residents, moved quickly to adopt residency requirements. 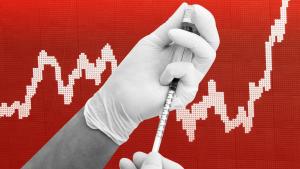 Miguel, who shared his story with Buzzfeed, represents just one demographic that has had problems obtaining a vaccination. Others who have been turned away include elderly people who no longer drive and people who are homeless.

“In some cases, BuzzFeed News has found, eligible people are rejected even when they show up with documents that fit the site’s stated rules, highlighting a patchwork of inconsistent and sometimes arbitrary policies across vaccination centers. While officials have imposed ID requirements with the stated intent of making vaccine distribution more equitable, they have also created barriers for many in high-risk populations, including undocumented immigrants, older adults who don’t drive, and people experiencing homelessness.”

To be sure, ID requirements that have caused some to be turned away from vaccine clinics are not the result of nefarious efforts by local or state officials – unlike, for example, voter ID laws advanced by some state legislatures that many say suppress turnout. Rather, they appear to be a result of a mishmash of regulations practiced by pharmacies, health clinics, hospitals, and other entities.

“Immigrants have been turned away from pharmacies and other places after being asked for driver’s licenses, Social Security numbers or health insurance cards — specific documentation not mandated by states or the federal government but often requested at vaccination sites across the country,” reports the Washington Post. “Often the request comes in English, a language many of the vaccine-seekers don’t fully understand.

As the number of available vaccines begins to climb above the number of vaccination seekers, there is some evidence, if only anecdotal, that the problem is abating. For one thing, pharmacies such as CVS, Walgreen, and Albertsons (which owns Safeway) have clarified policies to state that they will not ask for ID for anyone seeking a COVID-19 vaccination.

And a KFF poll released in April that sought to ask people who had not been vaccinated to list why, a plurality of respondents gave three reasons: “Wanted to wait and see/wait until more people have gotten it” (15 percent); “Concerned about safety and/or side effects” (11 percent); “Don’t want/need it” (10 percent). Only 3 percent agreed with the statement, “Don’t have proper documentation/not sure if eligible.”

At the same time, however, a newer KFF poll, released in mid-May, asked Latinx respondents what concerns they had about getting vaccinated. Some 39 percent expressed concern they “may be required to provide a social security number or government-issued ID in order to get the COVID-19 vaccine.”

What is really at work here, advocates say, is not just that ID requirements create a barrier to vaccinations – a situation that is bad enough for individuals and their health and also bad for the nation’s attempt to build herd immunity. Rather, they say it points to a monumental ID crisis in America.

An estimated 21 million Americans – or about 11 percent of the nation’s adult population – lack state-issued IDs, according to the Brennan Center for Justice. Those without ID are not spread equally across all demographic groups; they tend to be elderly, people of color, and they reside in low-income communities (on average, a state-issued ID costs $40).

Kat Calvin, Co-Founder and CEO of Project ID Action Fund, told CBS News that the last thing our country should be doing right now is telling those without documentation – among the most vulnerable to contracting COVID-19 and dying from it – that they cannot get vaccinated.

“Coronavirus doesn’t care if you are unhoused or if you live in a gated community,” she said. “It’s coming for all of us and the only way we can resolve this crisis is by making sure that everybody gets the health care they need, that everybody gets vaccines.”

Calvin said her organization knows of cases where people seeking COVID-19 vaccinations have been asked about their immigration status – something the Department of Homeland Security, to say nothing of many states’ web sites, insist should never happen.

“They’re hearing horror stories about people who have been rejected, and they’re saying, you know what? This isn’t something I even want to try. I don’t know what the consequences are going to be.”