Editor’s note: The Rev. Fr. Douglas A. Greenaway is President and CEO of the National WIC Association. Rev. Greenaway published this piece the day after the Jan. 6 occupation of the U.S. Capitol. Cross-posted with permission. 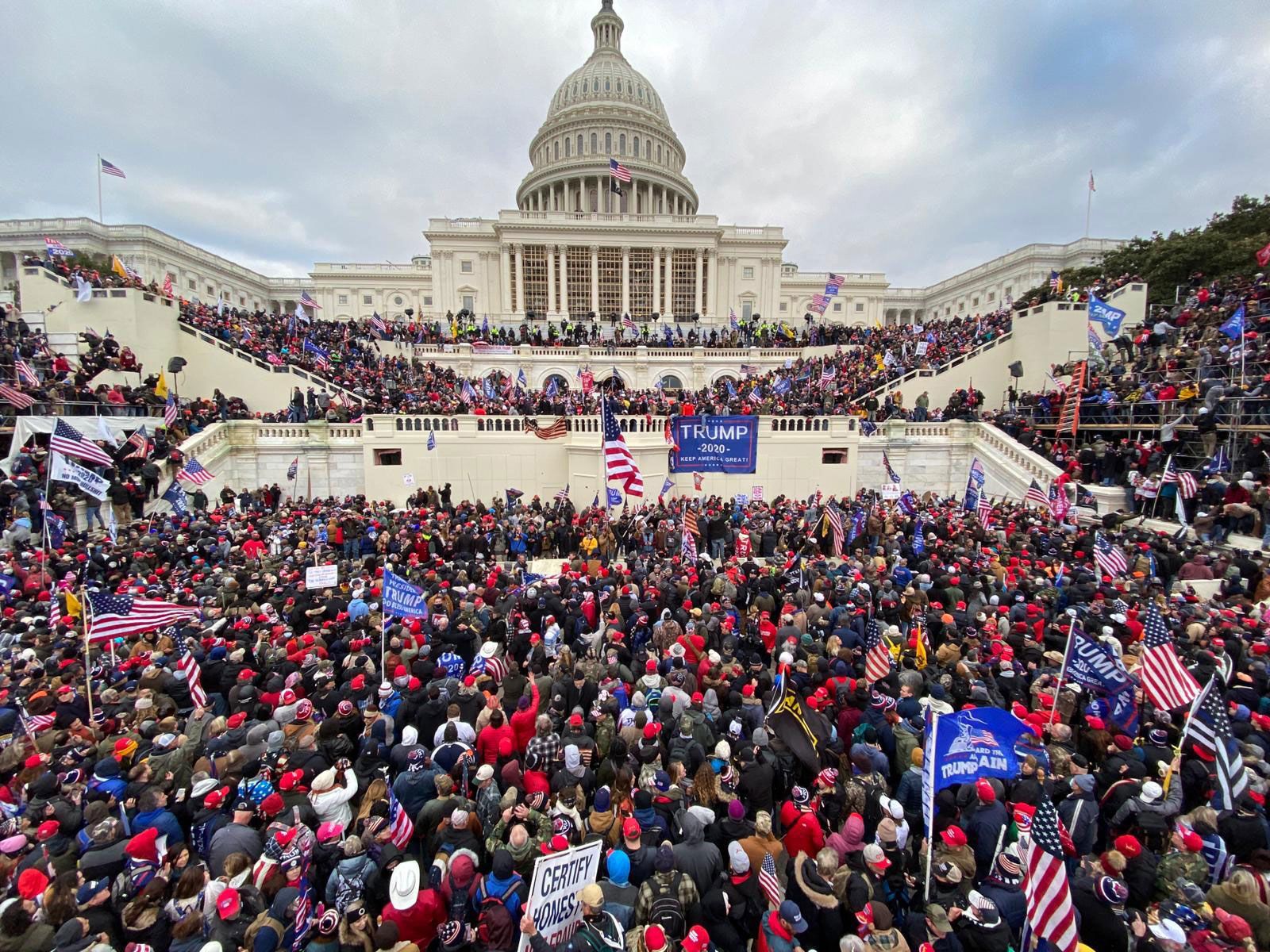 January 6th 2021, we witnessed a shocking act of domestic terrorism that should shake every one of us to our core.

At this moment, we can be nothing less than honest about what we saw. A conspiracy-crazed mob, incited by lies championed by the 45th President of the United States — at a rally organized to disrupt the solemn last step in the constitutional process of validating the federal election — invaded our sacred seat of American democracy, the People’s House – the United States Capitol building.

They smashed windows, rummaged through desks on the Senate floor, climbed over the Senate balcony to occupy the seat of the Senate’s presiding officer, vandalized offices, smashed glass in the doors to the House of Representatives to break into a furniture-blockaded chamber. They violated, with swagger and arrogant pride, the sanctity and the heart of our democratic institutions. The irony in their actions is that they view themselves as patriots.

Their insurrection was fanned by the President’s enablers — senators, senators-elect, and members of the House of Representatives — all set to protest lawful election results certified by election officials, governors, and judges in every state in the nation — on the floor of the House and the Senate.

Many of us in our WIC family know the corridors of the Capitol intimately. We have walked them headed to meetings with our representatives and senators – the very corridors that were violently occupied yesterday. We walked them proud of the opportunity to give voice, to speak up and speak out, in an empowering act of democracy on behalf of WIC and the millions of mothers, babies, and young children we serve. And our gift in those demonstrations of democracy was that we acted in peace and with respect, honored to be in those hallowed spaces.

While yesterday’s violent acts were acts of domestic terrorism, make no mistake my friends, the world was watching us. Our shame was dismaying to all who revere this nation as a beacon of freedom and stability in a broken world. Our reputation as the citadel of democracy is now sullied. The hope of millions has been shattered.

The internationally acclaimed journalist and writer, Fintan O’Toole, writing in the Irish Times offered this critique, “this is his [President Trump’s] legacy: he has successfully led a vast number of voters along the path from hatred of government to contempt for rational deliberation to the inevitable endpoint: disdain for the electoral process itself. In this end is his new beginning. Stripped of direct power, he will face enormous legal and financial jeopardy. He will have every reason to keep drawing on his greatest asset: his ability to unleash the demons that have always haunted the American experiment – racism, nativism, fear of ‘the government.'”

To put a finer point on this, for those of us who have been othered by the President and the mob that he inspires, we find it hard to believe otherwise, that were these invaders Black, or Muslim, or Queer, or another visible minority, they would have been met with carnage. Rather than being peacefully dispersed, their bodies would have littered the Capitol grounds. If you have doubts, think back a few months to Washington’s Black Lives Matter demonstrations when peaceful demonstrators were gassed, beaten, arrested, and shackled to accommodate a media moment for the President in front of St. John’s Episcopal Church.

Our nation’s Capital was under a mandated 6 pm Wednesday – 6 am Thursday curfew. We wonder if what we have witnessed is the end — the last gasps of an administration that has violated every norm of decent governance — or if this is the beginning of yet more violence, as promised by many of the President’s marauding fanatics, not only in Washington, DC, but across the nation.

Our elected leaders are professing that what we witnessed is not America. That we are better than this. At the same time, some are still wedded to overthrowing the election outcome and the will of the American people.

But to get to that place — of being better than what we witnessed — requires that we own and take responsibility for our all too obvious shortcomings. We must confess our brokenness. We must repent of our willful misrepresentations, our thirst for power, our rewriting of history, our extraordinary greed and selfishness, our disavowal of the needs of our neighbors near and far, our blaming and shaming of those who are denied the pathways and access to success, and our keenness for othering. We must make amends for decades of systemic and institutional racism, sexism, and homophobia; our abuse of sacred land, water, and air; for the extraordinary income disparities that leave all to many living hand to mouth and paycheck to paycheck; and the designed inequities built into our healthcare, education, financial, and housing systems.

There is hope in the apparent willingness of communities, institutions, corporations, and faith communities to wrestle with the scourge of our original sin — enslavement — and its continued consequences for the lives of Black Americans and for our nation.

There was hope in the clearing of the Capitol Grounds and the return of the Senate and House to their respective chambers to finish their Constitutional duty to certify the election of our 46th President. There is hope that despite the denials and delays, that with vaccines we will overcome the fear of COVID and restore much of our civic life.

For us in WIC, there is hope witnessed every day in the eyes and hearts of the mothers, babies, and young children we serve.

And there is hope in the words of the prophet Amos, spoken more than 2,900 years ago, “Let justice roll down like waters, and righteousness like an ever-flowing stream.”

What We Are Called To Do, in a Screenshot