Editor’s note:  Our Future West Virginia, partnering with CHN, released a fact sheet about the impact of the coronavirus pandemic on their state and how President Biden’s American Rescue Plan would help. The following story aired Friday, March 5 on West Virginia Public News Service. 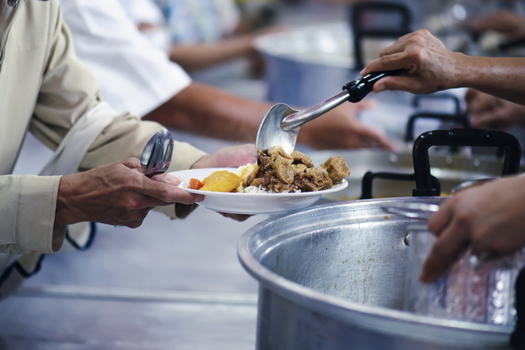 By Diane Bernard
CHARLESTON, W.Va. – With the U.S. Senate on the verge of voting on President Joe Biden’s $1.9 trillion COVID rescue plan, advocates for West Virginia families are saying federal relief is critical.

Even before the pandemic, many in West Virginia faced food insecurity and a lack of childcare and broadband access – according to Amy Jo Hutchinson, an organizer with Our Future West Virginia.

Over the past year, she pointed out, meeting those needs has gotten even harder, so her group is urging lawmakers to send some help – in the form of the American Rescue Plan.

“Food insecurity is always a problem,” said Hutchinson. “A lot of that has to do with food access, because we’re so rural in so many areas. And I know that when COVID hit, the food pantries around here, they saw an increase of three times the regular need.”

In a recent U.S. Census survey, more than 16% of West Virginia adults said they didn’t have enough to eat in the previous week. The plan would increase nutrition and food assistance, extend unemployment benefits and send one-time payments of $1,400 to people below a certain income.

The American Rescue Plan would also expand the Child Tax Credit and Earned Income Tax Credit. Deborah Weinstein, executive director of the Coalition on Human Needs, said research shows these provisions could help cut child poverty in West Virginia by nearly half, in a year.

“The rescue plan before Congress will lift millions of children out of poverty,” said Weinstein. “It will provide the resources to speed vaccinations, increase health coverage, protect education and other services, and to ensure that people can meet their basic needs.”

The Census survey shows 45% of adults in the state had lost earnings from work, and almost 36% reported having “serious difficulty” paying regular household bills, including rent.

How can Build Back Better soothe Americans’ inflation woes?

CHN’s open letter to Sen. Joe Manchin on the Build Back Better Act