Education and labor policy are the keys to addressing poverty and inequality. CHN seeks to create a society that provides education and training as well as labor protections to help the nation's workforce not just survive but thrive.

About CHN's Stance on Education and Labor

A strong workforce is an educated workforce. In addition to K-12, an effective education system includes high-quality early childhood programs, including quality child care, Head Start, and Early Head Start, which help children develop the skills they need to succeed in school and help parents get and keep jobs. It includes access to affordable higher education, including college or university or technical school. It includes effective and well-funded job training for adults and youth.

Historically, union membership has led to better wages and benefits and greater job security. But the percent of workers who belong to unions has almost been cut in half since the 1980s. Today workers face many threats. Most workers are employed “at will” and can lose their jobs at any time. They may be given unpredictable schedules and less than full-time hours. Large numbers, especially in low-wage jobs, lack paid leave (including sick leave and paid family and medical leave). Many workers face discrimination: by race or gender, pregnant workers, immigrants, LGBTQ workers, workers wrongly classified as independent contractors and thus denied benefits – even unemployed workers face discrimination based solely on their employment status. And with decreased bargaining power, wages are stagnant.

Too often, work – even full-time work – does not provide sufficient compensation to raise families out of poverty. Moreover, for millions of workers, particularly those with caregiving responsibilities or those laboring in agricultural work, today’s jobs leave them struggling to meet their responsibilities at work and at home. The federal minimum wage has not been raised since 2009; since that time, inflation has eroded its value by close to 10 percent. Workers need improvements in wages, access to paid leave, a guarantee of sufficient hours, and parity for part-time workers. Finally, with two in three workers experiencing at least a year of joblessness for themselves or their household head during their working years, workers need the backup of a strong unemployment insurance system. 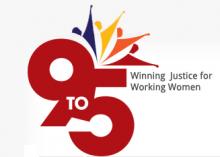 National Women’s Law Center: The Wage Gap — The Who, How, Why, and What To Do

CHN calls on House to pass Raise the Wage Act

The Arc: Disability Perspectives on Paid Leave — A Qualitative Analysis of Leave-taking Among Workers Affected by Disability or Serious Health Conditions