Immigration policy should reflect our compassion, acceptance, and commitment to human rights. CHN works to promote fair immigration policies that will treat all people with dignity and respect.

About CHN's Stance on Immigration

We are a nation of immigrants, and our prosperity is inextricably tied to their contributions to our economy and culture. Protecting the rights of immigrants and refugees living in the United States and reforming our failed immigration system are moral and economic imperatives. Aggressive efforts to deport millions of immigrants are tearing apart families and wounding our communities. Taking children from their families or detaining parents with children are inhumane policies that must be rejected. Similarly, it is contrary to American values to deny a path to citizenship to Dreamers who were brought to the U.S. as children, or to those who fled emergency conditions in their native countries and have lived and worked here for decades. Massive immigrant enforcement initiatives cost billions of dollars, funds which should instead be directed to investments in our shared future and promoting economic security for all Americans, including children.

More than two-thirds of the undocumented immigrants in the United States are in the nation’s workforce. These immigrants work in the toughest, hardest-to-fill jobs for the least amount of pay and the fewest workplace protections. Our broken immigration system leaves millions of immigrant workers without any way to become citizens, regardless of the taxes they pay and the contributions they make to the places where they work and the communities in which they live.

Despite high rates of employment, non-citizen immigrant and mixed status families experience a wide range of unnecessary hardships. Immigrants—including those lawfully present in the U.S.—are often shut out of basic economic support programs available to other taxpayers due to arbitrary eligibility restrictions that bear no relation to need. New proposals to deny legal status to immigrants because they have made legal use of public benefits or might in the future are calculated to silence the Statue of Liberty’s call to “give me your tired, your poor” and replace it with an open door for immigrants with money.

Even when eligible, immigrant and mixed status families are less likely to receive critical economic supports because of inconsistent and confusing rules and fear of repercussions. By denying assistance to immigrants in need, we make it harder for families to rise out of poverty, and harder for children, many of them citizens, to grow up healthy and ready to make their own contributions in adulthood.

Looking forward, an effective and meaningful immigration system will advance our nation’s economic growth and productivity. We will become a stronger nation when our immigrant population can assume the rights and responsibilities of full citizenship. A path to citizenship is one of the most important steps to addressing poverty in the United States, as non-citizens have nearly twice the poverty rate of naturalized citizens.

Congress must give priority to creating an immigration system that preserves family unity, provides meaningful opportunity, protects the rights of immigrants – whether at home, in the workplace, in the courtroom or beyond — and strengthens communities and the U.S. economy. 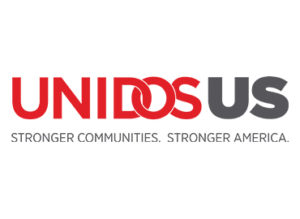 UnidosUS: Power of the Purse — How Hispanics Contribute to the U.S. Economy