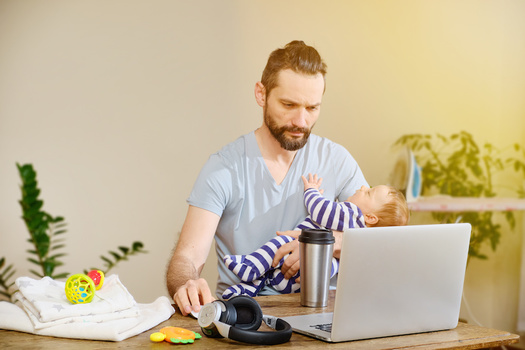 By Lily Bohlke
AUGUSTA, Maine — As Maine families struggle to recover from the pandemic’s economic fallout, advocates for children and families say quick passage of the $1.9 trillion American Rescue Plan is critical.

According to a recent Census Household Pulse survey, nearly half of Maine adults were in households which lost earnings since the pandemic hit, and losses were higher in households with children.

Stephanie Eglinton, executive director for the Maine Children’s Alliance, said Mainers need the stimulus package, passed by the House, and now being debated in the Senate.

“The American Rescue Plan could dramatically impact child poverty in Maine,” Eglinton contended. “Its provisions have the potential to benefit tens of thousands of children.”

The American Rescue Plan would extend unemployment benefits; increase assistance with nutrition,
rent and utility bills; and send one-time payments of $1,400 to people with qualifying incomes.

Opponents say the bill is too costly, and contains provisions not directly related to the virus.

Maine received more than $30 million for childcare in December, and this plan would more than double the allocation.

Eglinton noted businesses are realizing their employees can’t get to work without child care.

“I think one thing that pandemic has done is just a shift of thinking about early care and education for young children, as more of a public good than something that families just privately have to figure out on their own.”

Deborah Weinstein, executive director of the Coalition on Human Needs, said many of the resources will be used to speed vaccinations, increase health coverage and protect education and other services.

“Above all, the rescue plan directs help where it is most needed: to jobless, to rural areas, to communities of color, to children and families and people with disabilities,” Weinstein outlined.

She pointed out the U.S. hasn’t faced an economic crisis of this scale since the Great Depression, and added without adequate relief, many Americans will be pushed out of the middle class and into prolonged hardship.