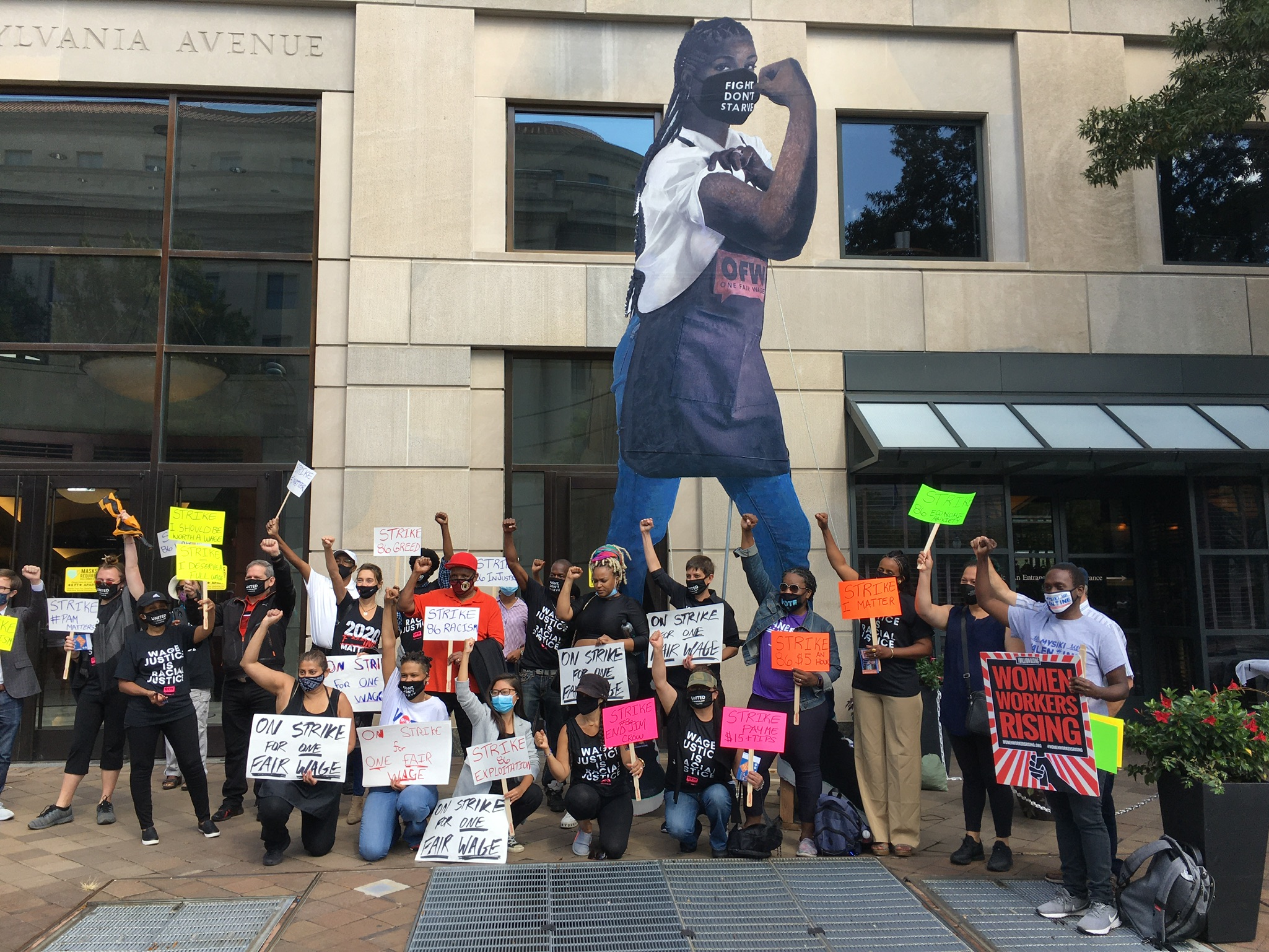 If you’ve dined out lately, you may well have seen a “Help Wanted” sign in the window of the restaurant you visited. And you might have noticed that your favorite restaurants, which were open six or seven days a week pre-pandemic, are now often only open four or five days a week.

It is no secret that many restaurants have struggled to hire, and retain, staff. As the pandemic settled in, millions of restaurant workers either lost their jobs due to closing or left them due to low wages combined with the danger of contracting COVID-19. In July 2021 alone, 710,000 restaurant workers quit, many citing low wages and lack of benefits, according to the U.S. Bureau of Labor Statistics.

But a new study suggests that many restaurants have managed to figure out a way for their business — and their employees – to thrive. The study, conducted by the group One Fair Wage (OFW), documented 1,621 restaurants “that have raised wages to pay the full minimum wage with tips on top, with an average wage of about $13,50 – across 41 states in which the vast majority of restaurants were paying a subminimum wage of $5 or less earlier this year.”

The study is based on interviews with restaurant owners as well as a scan of online job postings taken from August 24 to September 16, 2021. “By May of 2021, we found that over half (53%) of service workers report that they are considering leaving their jobs and the majority are leaving because their wages and tips were too low,” OFW writes. “Nearly 8 in 10 of these workers (78%) report that they would only stay in restaurants or return to work in restaurants if they received a full, livable wage with tips on top.”

Many owners undoubtedly are raising wages because without workers, they can’t keep their doors open – and if they can’t keep their doors open, they no longer have a business. But others are driven by economic justice – they see the pandemic as an opportunity to revolutionize the industry. As part of its report, OFW interviewed owners about their willingness to raise wages.

“We decided to eliminate subminimum wage pay in our restaurants and adopted a model of all employees making above minimum wage with tips shared across all hourly non-management workers,” explained Katie Button, owner of Curate in Raleigh, North Carolina. “We instantly saw better and more equitable pay across all of our workers. It has literally changed lives.”

For restaurants, the pandemic’s aftermath might be more than a step in the direction of economic equality – it might also serve to combat racial injustice. OFW notes that the subminimum wage for tipped workers is a direct legacy of slavery in the U.S. After Emancipation, restaurants sought to hire newly freed Black people and not pay them a wage, forcing them to rely on customer tips.

Monique Carter, owner of MJB Restaurant Group in Chicago, Illinois, told OFW that “the restaurant industry had pre-existing conditions before COVID, and now it’s time we address the inequity of the two-tiered wage system that makes our workforce rely on tips as the bulk of their income.”

She added: “This means that our workforce, which is disproportionately women, is more likely to endure inappropriate customer behavior, harassment, and abuse. It also creates deep wage disparity between our front and back of the house team members, which has racial impacts that negatively affect Black and Brown workers.”

Last February, President Biden and Congressional Democrats pushed hard for an increase in the federal minimum wage for all workers as part of the American Rescue Plan. The National Restaurant Association fought the proposal with all its lobbying might; it ultimately was derailed when the Senate Parliamentarian ruled it could not be part of a reconciliation package due to Senate rules.

The OFW report provides a rebuttal to the narrative of the National Restaurant Association, which has long maintained that raising the minimum wage and eliminating the tipped minimum would be disastrous for the industry and would force restaurants all across the country to close (actually, many did – but it was due to the pandemic, not workers’ salaries).

Contrary to the NRA’s argument, it now appears that low-paid workers and staffing shortages are the greatest threat to the country’s restaurant industry – meaning the debate has come full-circle.

“After 150 years of tolerating poverty wages since Emancipation, workers are refusing to work for anything less than a full, livable wage with tips on top, and responsive employers need policymakers to support their responsiveness by creating a level playing field and signaling to millions of workers that it is worth returning to work in restaurants,” the OFW report concludes. “These policymakers, the restaurant industry and American consumers have only one of two choices: accept a massively reduced restaurant industry, or pass federal policy requiring that all of these workers be paid One Fair Wage.”

Editor’s note: to learn more about this topic, tune into Voices for Human Needs’ May 27 debut podcast episode, “Raising the Minimum Wage. This podcast features Judy Conti, Director of Government Affairs at the National Employment Law Project; Trupti Patel, a lead organizer at One Fair Wage in Washington, D.C., and Adam Orman, a leader with Good Work Austin and the co-owner of L’Oca D’Oro, a neighborhood restaurant in Austin, Texas.