Complaining about a build-up of migrants at the border while visiting Calexico, California last week, President Trump blamed the build-up on “some very bad court decisions,” singling out the “Flores decision” as a “disaster.”

“I have to tell you, Judge Flores, whoever you may be, that decision is a disaster for our country,” Trump said. 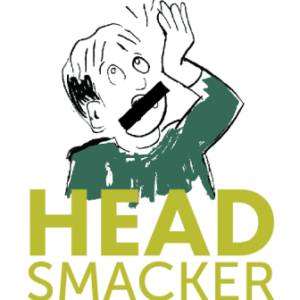 “Flores,” in this context, is not a judge. She was a 15-year-old girl named Jenny Lisette Flores, who fled El Salvador in the 1980s and was detained upon trying to enter the U.S. to live with her aunt.

The Immigration and Naturalization Service, a government agency at the time, arrested Flores at the border and placed her in a juvenile detention facility. She was strip-searched and handcuffed in the process.

Flores became the named plaintiff in a case brought by the American Civil Liberties Union. It came before the Ninth U.S. Circuit Court of Appeals and was eventually settled in 1997, with U.S. Attorney General Janet Reno (who served under President Clinton) as the defendant.

The agreement in Reno v. Flores requires the U.S. government to release migrant children from detention to their parents, adult relatives or programs licensed to care for them without unnecessary delay. The settlement also requires immigration officials to provide the detained migrant children with food, drinking water, toilets, emergency medical assistance and other basic needs.

As the Daily Beast notes, the Flores settlement has been a thorn in the Trump Administration’s side as it has tried to implement its family separation policy and other policies that are violating the settlement (such as holding children indefinitely).

The Daily Beast reports that “Trump’s criticism of the imaginary judge sparked a barrage of mockery on social media, where many were quick to point out the flub came in the same week the President claimed windmills cause cancer.”

What many of Trump’s dubious claims, or blunders, or whatever you want to call them, have in common is this: his ignorance is at best dangerous and at worst, lethal. By discouraging wind power, he stalls progress toward reducing global warming. By refusing to understand the dangers of immigration policy to real human beings like Jenny Flores, he recklessly risks their lives.