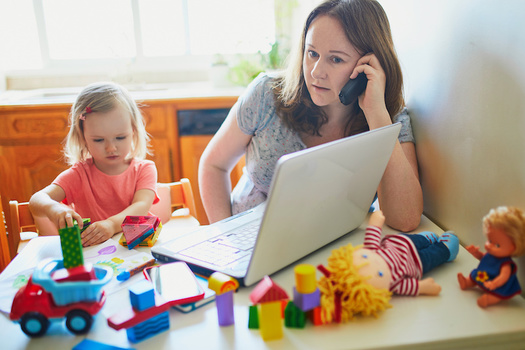 CONCORD, N.H. — As New Hampshire families struggle to recover from the pandemic’s economic fallout, advocates for children and families say quick passage of the American Rescue Plan is critical.

The $1.9 trillion package is in the U.S. Senate’s hands, after the House passed it last weekend.

According to a recent Census Household Pulse survey, more than 40% of New Hampshire adults have lost earnings since the COVID pandemic hit, including more than half of households with children.

Deborah Weinstein, executive director of the Coalition on Human Needs, said the relief package will provide resources to speed vaccinations, increase health coverage and protect education and other services.

“Above all, the rescue plan directs help where it is most needed: to jobless, to rural areas, to communities of color, to children and families and people with disabilities,” Weinstein outlined.

The American Rescue Plan would extend unemployment benefits; increase assistance with nutrition, rent and utility bills; and send one-time payments of $1,400 to people with qualifying incomes.

New Hampshire received nearly $20 million for child care in December, and the new plan would more than double the allocation.

MaryLou Beaver, director of The Children’s Place and Parent Education Center in Concord, said child-care centers across the state have had to close or reduce hours, and she hopes these relief dollars will get many back up and running.

“I have a waitlist for my rooms that are closed and for other spaces and my other classrooms, but I need to have staff in order to make all those things happen,” Beaver explained. “So my tagline has always been, ‘The economy runs on child care.’ If you don’t have it, people can’t work.”

Beaver added she’s worried about the families who are struggling to put food on the table and meet their bills.

Nearly 8% of adults in New Hampshire reported in the recent Census survey not having enough to eat in the previous week, including 10% of households with children.