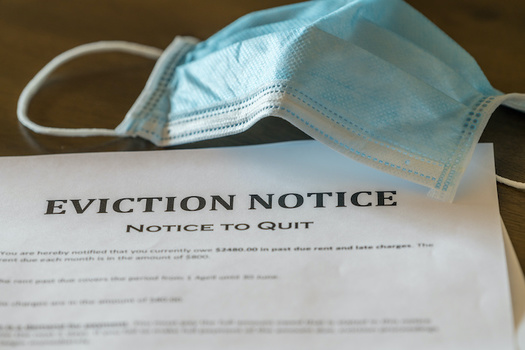 By Nadia Ramlagan
RALEIGH, N.C. — North Carolina’s economy is hurting, yet residents can expect little in the way of federal relief.

U.S. Senate lawmakers have recessed without passing a fifth coronavirus relief package, meaning the earliest Americans could expect any form of aid would be mid-September.

According to census survey data, nearly half of North Carolina households included someone who had lost employment income between March and the end of July.

Lindsay Saunders, board member of the anti-poverty group RESULTS, said elected officials aren’t treating the situation with the urgency it deserves.

“Our own Sen. Thom Tillis sits on the banking committee,” Saunders said. “Our chapters across North Carolina have had multiple conversations with our senators’ offices over the past few months. Those have been great conversations, but we’re not getting clear answers on what they’re willing to commit to in terms of assistance for North Carolinians who are really struggling.”

Census survey data shows more than 34% of Latino households in North Carolina have experienced earnings losses since March 13, as have 55% of Black households, 44% of white households and 41% of Asian households.

More than 1.2 million people have applied for unemployment benefits since the start of the pandemic.

Saunders said lawmakers’ refusal to expand Medicaid has left more residents without options for coverage after losing their job or income during the pandemic.

She pointed out while the coronavirus crisis is making glaring disparities worse, there are concrete steps that could be taken.

“We also need to increase SNAP benefits to address food insecurity,” Saunders said. “As I said, North Carolina is a really food-insecure state. And, raise the minimum benefit from $16 to $30 per month. Those are solutions we’re calling for as advocates.”

Saunders added since the onset of the pandemic, 21% of Latino households and 13% of white households with children in North Carolina reported “sometimes” or “often” not having enough to eat.